Written and
Storyboarded by

An unusually hot day at the creek melts all of Kit's ice pops, so Craig helps her find a shortcut to her frozen snack supplier before everything else melts. 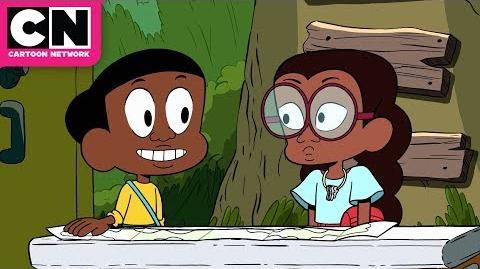 Craig of the Creek - The Melting Ice Pops - Cartoon Network

Retrieved from "https://craigofthecreek.fandom.com/wiki/The_Shortcut?oldid=24833"
Community content is available under CC-BY-SA unless otherwise noted.