J.P. decides to follow his heart and tries to join the Horse Girls.[1]

The episode begins with Craig playing with a toy car controller and JP pretending he controls it, while playing with some cars. Suddenly, Maney arrives with Kelsey on his back and Kelsey gets off. When Maney sees JP, she falls in love with him because

he makes horse movements. Maney tries to tell him that she likes him, but she is ashamed and ends up saying that she likes horses and that JP could be good being a horse. Later, the trio arrives at the meadow when the Horse Girls were preparing to jog. They get mad at JP and say he can't be a horse so easily, and Maney says she invited him and they laugh. Everyone starts jogging in the meadow, Maney charges Kelsey and JP craig. Then they reach the top of the meadow and because they are talking to Maney, JP and Craig fall. When it's time to eat, Maney shares his apple with JP and they finish eating it together. Mackenzie announces it's time to dance, and Marie plays background music on her cell phone while Mackenzie does an elegant horse dance.

When he finishes dancing, Melissa asks if it can be the next one, but Mackenzie says that the next one will be JP Craig plays a background music on her cell phone and JP sings and dances a song made by him called "Do the JP", to the girls They like him a

lot and everyone dances with him, except Mackenzie, who is jealous because everyone likes JP. Later, JP and Maney keep talking on top of the meadow, pretending they are horses, with Craig and Kelsey on their backs. That night, Mackenzie stays in the meadow to lift a stick that JP will have to jump to pass the horse rite.

The next day, when the trio arrives, Mackenzie was waiting for JP and tells him that he must pass the horse rite if he wants to remain a horse, even if the others disagree. JP begins the rite, which consists of, first, jumping a stick, jumping a puddle of water, greeting elegantly 3 dolls and jumping the stick that Mackenzie raised so that JP fails. After doing everything right first, JP tries to jump the stick and falls to the ground. When the girls mention that he can no longer be a horse, Mackenzie confesses that he sabotaged the rite because he did not want JP to be a horse.

Maney gets mad at her and explains that JP tried hard to be a horse, but the reason Mackenzie sabotaged the rite is because he thinks they don't need it. Maney says she will always be their leader. Just when they apologize, J.P. tells Maney that he doesn't want to be a horse anymore. Maney thought he was having fun as a horse, and thought they were gonna be horses together. J.P. also realize that he's not a boy or a horse, but a truck. As Maney watches Craig and Kelsey push J.P. home. 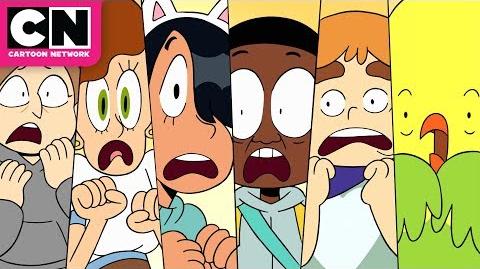 Craig of the Creek Horsing Around Cartoon Network 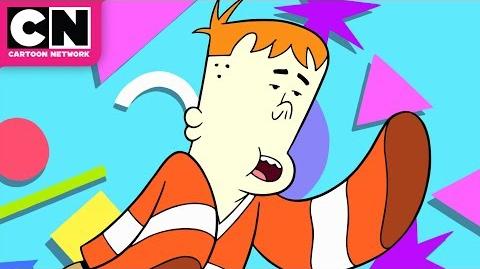 Craig of the Creek Do the JP! Cartoon Network

Craig of the Creek Becoming the Ultimate Horse Cartoon Network