Unable to make tough decisions, Craig decides to put his choices in the hands of a dog named Fred.[2]

The episode begins with Craig packing his things in his backpack to go to school. His mother asks him which sandwich he wants to bring for lunch, offering him either turkey or peanut butter and jelly. Craig takes too long to decide, so she gives him turkey. After school, Craig and his friends meet near the Trading Tree. J.P. shows Craig that he got a shovel and wants to spend the day digging, but Kelsey wants to train. Kelsey calls on Craig to break the tie, but thinking of convincing arguments for both activities, he exclaims his inability to decide.

Brigid overhears and introduces herself, and offers Craig the help of a dog named Fred to make decisions for him. Craig mulls over it, then realizes if he can't even make that decision he needs the dog's help, so he goes with Brigid to Fred's house. Over there, a girl has two dolls and asks Fred which haircut she should get. He licks the left doll with the bob haircut. Brigid explains how to ask Fred for guidance: present him two items and take action based on the item he licks. Craig holds up Kelsey's sword and J.P.'s shovel, and Fred licks the shovel. Fred's owners walk into the backyard and tell the kids to leave.

Craig, Kelsey, and J.P. dig in the mud. Kelsey attempts to use the shovel as if it were a weapon, causing J.P. to chew her out. They are interrupted by Craig, who digs up a toy in the mud. They question its age, then realize it's old and get excited. Craig pledges to never make his own decisions again and rely entirely on Fred. A montage shows Craig presenting Fred with more decisions, like whether he should go climbing or fishing or which sandwich he

should eat. Some time later, the stump kids play a card game. Kelsey and J.P. take their turns, but Craig leaves to consult Fred. When he finally returns, J.P. is asleep and Kelsey is bored. They snap back and take their turns, only for Craig to again leave for Fred. During his absence, they continue playing, and J.P. plays a goose, causing him to lose. Craig returns to play a duck, only for Kelsey to explain what happened. Craig, with only one card left, still struggles to play it, causing Kelsey to intervene. Craig explains that his fear of deciding is because on one occasion, at his grandparents' house, he chose the wrong movie to rent and no one liked it. Kelsey consoles him and tries to convince him that he must make his own decisions.

One day, Craig receives $20 in the mail from his aunt, Tina, and has Fred decide whether to binoculars and a toy monster truck. Fred chooses the binoculars, but Craig is dissatisfied with that decision and buys Rhino Racers action figures. After going to the mall, Craig hangs out with Kelsey and J.P. while he plays with the toy. Brigid and the Freddites come running over and let them know that Fred is gone. Brigid notices Craig disobeyed Fred and didn't buy the binoculars. Brigid demands that he give him his toy, but Kelsey appears to protect Craig and begins a battle with Brigid, while Craig goes to find Fred.

Over at Ian and Stacie's house, Craig meets Ian, and asks him if he's crying because Fred went missing. Confused, he explains that he is crying because his girlfriend left him for not wanting to live in the city. He shows less concern about Fred leaving. Craig tells him to follow his instincts, and he calls his ex-girlfriend to propose. Meanwhile, J.P. and Kelsey arrive at Ian's house being chased by Brigid. The moving truck stops and Stacie exits.

She asks him for his phone so she can remove herself from his contacts, and Craig takes the opportunity to get Fred down. Brigid greets Fred with great emotion and asks who they will turn to if he leaves. Fred licks her face and Craig tells Brigid that Fred wants her to make her decisions. She interprets Fred licking her as him proclaiming her the new leader of the Freddites. Craig decides not to be a Freddite anymore and Kelsey agrees, causing the Stump Kids to laugh and ending the episode. 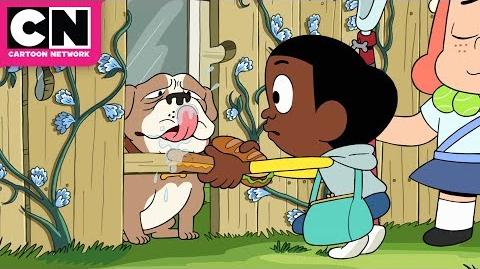 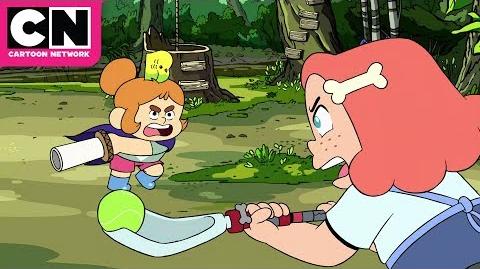 Craig of the Creek Defying the Leader Cartoon Network 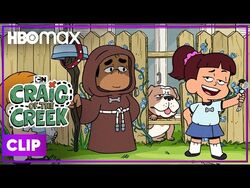 Craig of The Creek - The Dog Decider (Clip) - HBO Max