Craig of the Creek

Craig of the Creek is an American-animated television series created by Ben Levin and Matt Burnett for Cartoon Network, both previously of Steven Universe. The pilot episode made its debut on the Cartoon Network app on December 1, 2017. The sneak peek was announced on February 19, 2018, and the series officially premiered on March 30, 2018.[2]

The greenlight announcement publicly made on March 30, 2017[3] alongside other shows such as Apple & Onion and Summer Camp Island. Matt Burnett also stated on his Twitter that he and his team had recently begun production around that time.[4]

Craig of the Creek follows a young boy, Craig, and his two friends, Kelsey and JP, as they go on adventures within a world of untamed, kid-dominated wilderness in the creek.

The show's first announcement featured a single teaser photo, taken from the pilot, of the main three cast in a Rainbow Alley trench. 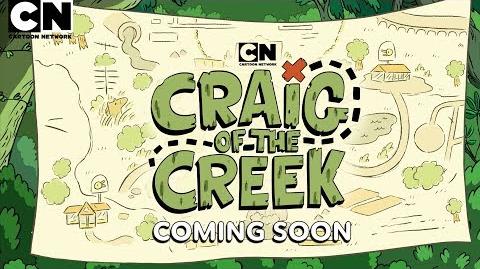 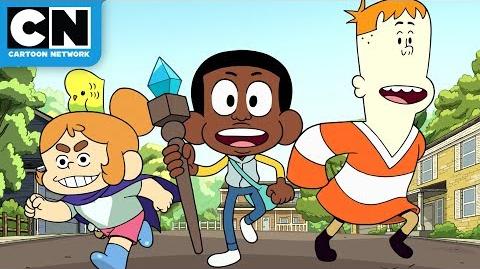 Craig of the Creek Opening and End Credits Cartoon Network 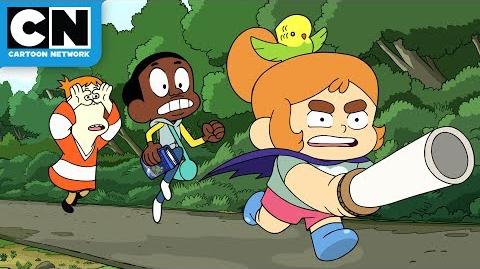 Craig of the Creek The Creek Kids Trailer Cartoon Network

Retrieved from "https://craigofthecreek.fandom.com/wiki/Craig_of_the_Creek?oldid=43231"
Community content is available under CC-BY-SA unless otherwise noted.