What's on your mind?

I know they announced that it was going to be a backstory but my idea is similar to the Hey Arnold movie. The kids found out that their creek is going be torn down and be a huge shopping causing most of the creek kids to move away from each other. While all the other kids face the fact that their creek will be gone forever, it's up to Craig, Kelsey and J.P. to stop the bulldozers. To save their creek, they must go to the big city to find a document that can declare that the creek was an historical landmark that can never be torn that.

The main villain turns out to be Xavier's father and an old rivalry of Craig's dad. It turns out that Xavier was using his father to destroy the creek after Craig took away his kingdom.

I advise you to read all of this because I worked really hard on these theories anyway enjoy! Let’s dive into it

In the episode: Secret in a bottle we learned that there is a kid in the creek who “collects” people secret and soon we discovered that all his bottles have been lost and as the plot progresses we learned that Eliza has found the last bottle and is trying to auction it out to the highest bitter and at the end the secret keeping kid makes a threat to Eliza about her secret but we never actually learn what exactly that is…That’s were I step in. Hi today I’m going to share some theories about Eliza secret some more likely than others. Now as I was watching the episode today some words in the threat that the secret kid made stood out to me: “ you of all people wouldn’t want any more tea to be spilled someone might wig out” now my first theory about this is going to be one of the most likely of the theories that I’m going to share I think that Eliza is wearing a wig we can tell from how her pink hair doesn’t match her eyebrows but when you think about it it should seem pretty obvious so I don’t think that that would be a secret worth keeping but this is Eliza we’re talking about but I would like to share another theory. Now this next Theory that I am going to share isn’t about Eliza herself but instead maybe one of her “friends” Jane, Jane could be wearing a wig there is no evidence to back up that she isn’t because of her eyebrows being covered up by her bangs and it probably isn’t George because his eyebrows match the color of his hair and Eliza seems to care about Jane a little more than she does George so she could actually care enough to keep Jane secret or she figure it out by herself and she had to tell at least someone. And for my last theory it may be that she doesn’t like some things about her friends and deep down Eliza may actually care so she went to the secret keeping kid The phrase “wig out” could’ve not been literal the secret keeping kid could’ve said that because of the anger her friends may feel after her secret has been exposed. Let me know what you think in the comments that’s all for now! 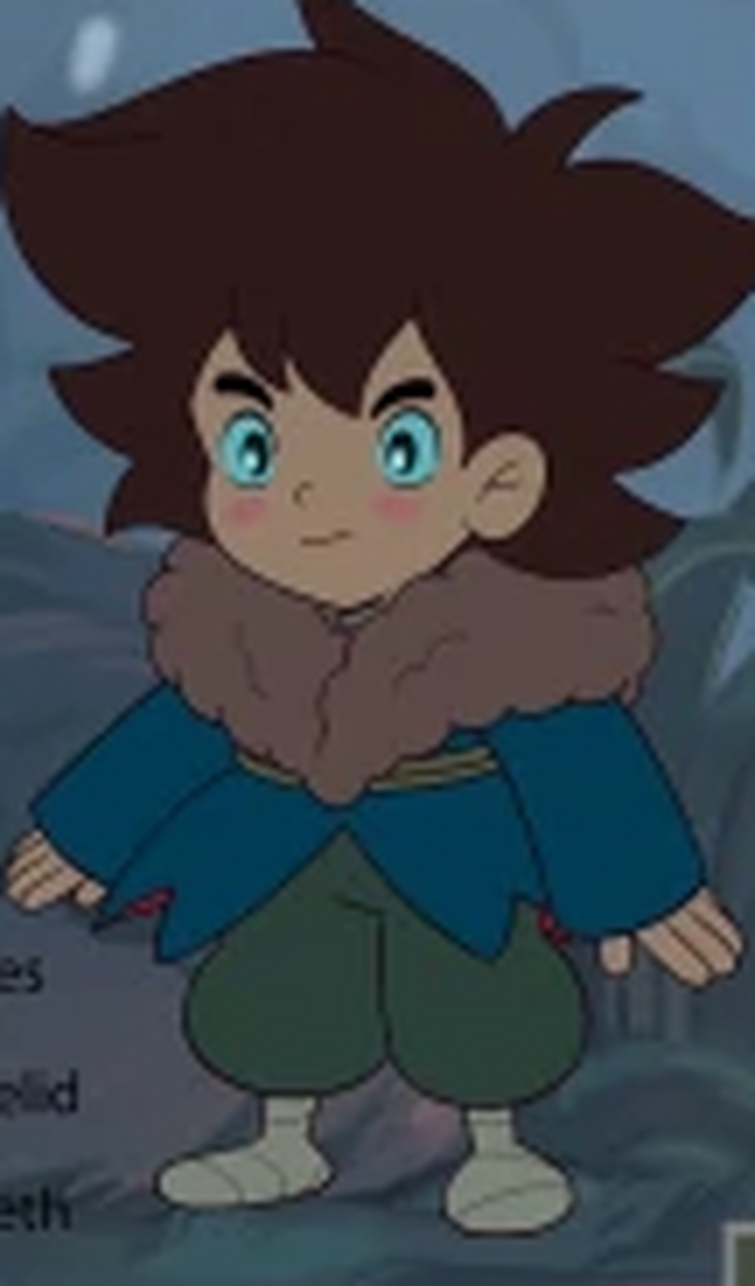 guys im so done ive been waiting for like a month rockmar is hidden somewhere in keun sups, xaviers and mayas page, please find him, i miss him.

Davey would unironically make the other elders do the “Misery x CPR x Reece’s Puffs” trend for the Elder’s collective Tiktok.

Elder Mark sells his anime merch then buys it back later to get extra money for creek events like Eldercon ! :D

David loves “Neon Genesis Evangelion” and related shonen/isekai animangas, this conflicts with the other elders, who like Magical Girls and romance/comedy anime!

Elder Barry has a girlfriend he keeps his creek activities a secret to, though she’s already met the other elders and, in turn, a few creek kids, she stays oblivious to his activities!

The stump kids are all in some way LGBTQIA+ or allies, and I think it’s like this

Kenneth, Cheyenne, and Xavier argue often about how Xavier was made to run around doing nothing but terrible things to the creek, leading to Xavier doubting his ability to rule like his siblings, but in the end he got an even bigger ego than he already had.

I hope anyone who reads these likes them!

Elders of the Creek

Hey! I’m Ko, I’m 17 years old (next week!), and I recently developed a hyperfixation on Craig of the Creek (mostly Elder David)

I really love this show, and I’ve been stalking the wiki for a while now, debating on making a post here :0! I finally got the courage to, so hey! I’m usually found in KNY and Osomatsu-san wiki!

Hope to have fun here while I can!!

Since Capture the Flag: Part V, We all know that Maya ran away and i was wondering that they have to add her in either s4 or s5

guys im in pain nobody nobody oooh nobody noticed him. its been like two weeks or maybe one idont even know how time works anymoer. please. try and look for him. KMX 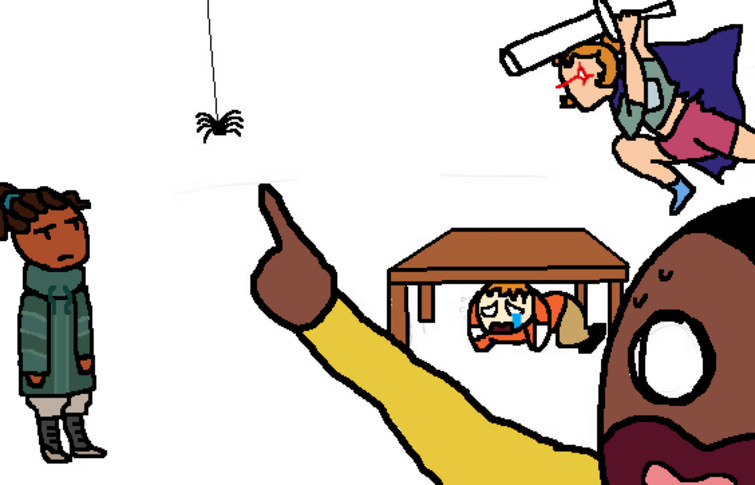 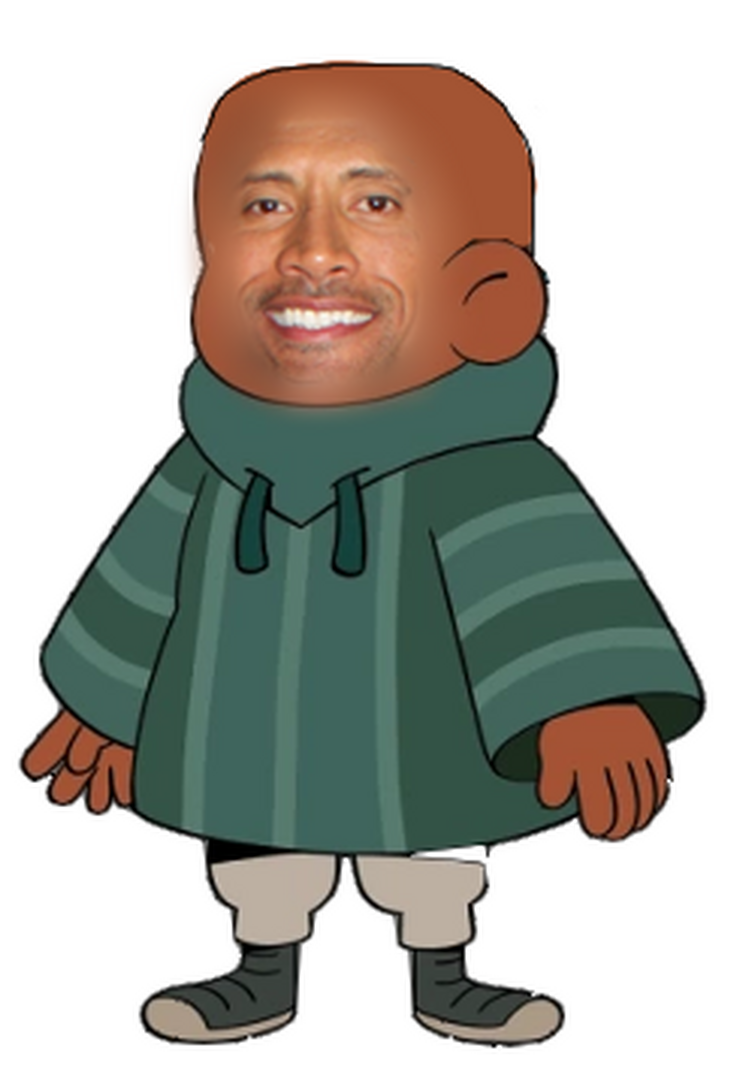 In the episode Lost and Found, Roger is seen on a missing child poster, he could have been called in as there are slips missing from the poster.

Hello. i want to make an animation of the Capture the flag war and i need to map of the Other Side. does anyone know where i can find one? i searched it up but it doesent even show the map of the regular creek.

Other Side of the Creek

Craig of the Creek getting a fifth season as an ongoing modern kartoon, especially one on television, is quite an accomplishment.

These days, it seems like kartoons that aren't mega sensations get either canceled or cap at three seasons, so it's awesome that Craig of the Creek gets to come this far.

(edited by Katch K.)
Craig of the Creek

This show is a wild, fun ride. The message that applies to me is BE WHO YOU:RE! And I love that, it's so cute! Also another message is enjoy living and having fun in the present. This one of my favorite CN shows.

Craig of the Creek

Craig of the CreekCartoon Network
Guidelines

Help us grow Craig of the Creek Wiki